Home  > INFO CENTER  >  What Is the Purpose of Applying Plastic Film for Windows?

What Is the Purpose of Applying Plastic Film for Windows?

The most important part of our lives is the windows. They act as an air vent and mostly regulate temperatures of the surrounding space. The latter function is the exact reason why these structures exist. Having no windows is similar to just staying in a cold and dark basement where without sunlight and air circulation. 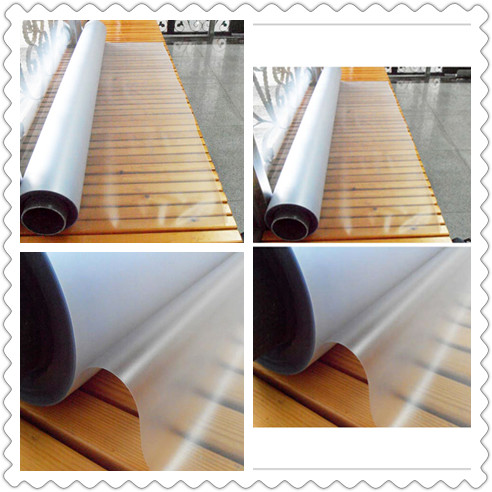 Exaggeratedly speaking, a window in rare situations can act as a lifeline to decide between life and death. Improper use of windows can lead to illnesses that bring negative effects. One important helper that can eliminate this concern is window plastic films.

There are some purposes of a window plastic film, such as keeping cold air from coming inside, being an alternative to window replacement, helping cut down on heating expenses, as well as letting in sunlight and providing visibility. Further explanation is stated below.

-Keeping the Cold Air Out

This is the primary function of applying window plastic film. Cold air from outside becomes a real menace during the cold season and using a window plastic film is one way to curb this problem. Cold air is not only uncomfortable but it can be a catalyst to any member of the house falling ill.

Windows are the main ventilation channel of a house and it is the first place that cold air invades into our shelter. Unless you have experience of having leaky windows during winter then you cannot understand how precious warm air becomes.

A window plastic film traps the cold air that leaks through the window between the actual window pane and the plastic sheet. The cold air mixes with the warm current from within the house resulting in a warmer atmosphere around the inner window area. This is similar to why sealed items in the refrigerator become cold no matter how sealed they are. Plastic film for windows assists in regulating the overall temperature of a house. Similar to how big windows keep a house warm during certain seasons in places with short sun exposure durations; a window plastic film has the same effect to houses in cold seasons. This is because plastic is designed to be airtight making it impossible for air particles to porous through it.

-As an Economical Alternative to Window Replacement

The best solution to insulating a window is to have a professional window replacement. This is not a cheap affair because it involves manpower and the purchase of special window fittings. It is an effective method that is not economically viable to many. While plastic film for windows only costs a fraction of the expense. The best part is that anyone can apply it without any special skills. All you need are the right materials and the skill to follow simple guidelines. It is possible for the whole process to cost less than twenty-five dollars and all the windows will have been insulated.

The installation materials required include the window insulation kit (which is basically the plastic film sheet), a regular hair dryer, a cutting tool, and a weather stripping. The weather stripping is not a mandatory item because this only applies to when you have leakage points on your window. It is a great material in ensuring that your window is airtight all over. If you happen not to have a hair dryer, your neighbor or friend will be glad to lend it out. The hair dryer helps in removing the creases and ensuring that the applied plastic film is clear and tight. In all, the whole process is not as time consuming and expensive as window replacement.

-Helps Cut Down On Heating Expenses

Applying a plastic film for windows contributes to a warmer house and thus eliminating the need for using heating gadgets. One of these is a heater, which heats the air around the house. This makes the air dry and thus causes health-related problems to the household occupants. The heaters are not safe for use by younger house occupants because they can cause injury or even fire when used inappropriately. Air condition is a great alternative but it happens to be non-economical to some people.

The heating equipment consumes electricity which costs money. During the cold seasons, the bill usually skyrockets depending on the usage of power. Applying a window plastic film is both a cheap and healthy way to keep the house warm during winter.

-Letting in Sunlight and Provide Visibility

There are many forms of plastic film for windows. Many homeowners tend to use opaque versions. Their reasoning is that the thicker the plastic film is the more effective and so more warmth. Therefore they sacrifice visibility and much-needed sunlight for a little bit of warming. It is simply not worth it and it is better to get help from a professional.

A standard window plastic film is supposed to be transparent and resemble a window glass. At the same time, it is supposed to offer a better service in contributing to the warmth of the house. The clearer the plastic film the more sunlight is able to penetrate into the house. Sunlight is a great and nutritious source of warmth. The short exposure duration is usually very essential and effective. A transparent plastic film for windows provides visibility to the outside setting. The lack of visibility through the windows can result in the discomfort of opening the door to take a peak. A clear transparent plastic film saves you time and from breathing in the icy air. This can bring considerable damage to weak lungs and it is fatal to a weak immune system.

There are many tutorials out there that offer a comprehensive step by step guide on how to apply a window plastic film. Many people complain that the window plastic film is ineffective because they most certainly skipped a step when going the do-it-yourself route.

The main purpose of applying plastic film for windows is to present cold air from entering the house through the windows. This contributes significantly to the warmth of the house. The most effective type of window plastic film is the one that is appropriate for your window structure.